In a few short weeks, voters in the United States will choose between Democrat Joe Biden and Republican Donald Trump at the ballot box. A deluge of campaign ads from both Democrats and Republicans offer dire predictions for America if the opposing party wins the next four years of the presidency.

With the global coronavirus pandemic still raging in the United States, and Congress deadlocked on the best course of action to support an economic recovery, the 2020 election feels uniquely important to many Americans. In February 2020, the United States economy entered a recession, ending a record 128-month expansion that began in June 2009. The next president, together with Congress, will decide America’s path forward.

Stock markets main influences are corporate earnings, interest rates, and economic growth. Business cycles, globalization, and unpredictable major events like terrorist attacks or natural disasters all drive the market up and down.  Political events such as the US presidential election cycle can also have noticeable effects on the market.

Stock markets are more volatile in the months leading up to a major election because markets do not like uncertainty. 2020 has been a year of heightened volatility for the stock market, in part due to the normal election year reprising of the potential future administration’s policies. While we do not know how long a coronavirus vaccine will take to go to market or how many other disasters may arise this year, the question of who will be sworn into the office of the presidency come noon on January 20, 2021 will soon be resolved.

How Have Previous Presidential Elections Affected the Stock Market?

Portents of doom regarding political opponents are nothing new. Before each election, both parties do their best to convince voters that the market will do poorly under the other side and thrive under their wiser set of proposed policies. The leader in the White House has many opportunities to influence the economy through fiscal policies, spending, taxation, regulation or deregulation, etc. However, our choice of an individual president has less effect on the economy, and therefore on the market, than one might think.

On average, markets may have shown somewhat of a cycle in regard to the presidency, generally performing below average in the first two years of a president’s term and above average in the last two years. Looking at the Dow Jones Index data dating back to 1896:

On average, based on past data, the first two years seems to yield below average returns.  This might perhaps have to do with a new administration implementing a new agenda and change takes some time. The market may also be waiting to see what policies are going to be proposed and passed leading to greater uncertainty in the early years of a new term.

Interestingly, the correlation also seems to work in reverse.  The market’s performance before an election can be a guide to whether the incumbent party will maintain control. With only three exceptions since 1928, the incumbent party has won the presidency when the S&P 500 has risen in the three months leading up to an election and has lost power when the S&P 500 has fallen. The exceptions are Dwight D. Eisenhower, who was reelected in 1956 despite the S&P falling 3.2%. In 1968 and 1980, despite three months of a rising S&P 500, Richard Nixon and Ronald Reagan beat out incumbents Lyndon Johnson and Jimmy Carter, respectively, to take control of the White House. With a nearly 90% prediction rate, it’s not surprising that parties typically focus on improving market performance in the latter part of their terms.

Of course, it's extremely important to keep in mind that the above patterns are just based on the averages – individual presidencies may defy the trend as many other factors also have significant influence on the market.  As just one example, in 2008, an election year and the middle of a financial crisis, the Dow fell 34% as the subprime mortgage crisis brought on the Great Recession (versus the 6% average gain for election years as a whole).

How Will the Market React If Trump Wins Another Term?

Republicans are thought of as the more market friendly party and we can perhaps expect a positive market reaction if Donald Trump wins the 2020 presidential election. On average, stock market gains tend to be higher when an incumbent party retains power versus when a new party takes the White House. In most cases, an incumbent party, and in particular an incumbent president, is considered a known quantity, though 2020 and this President may be an exception to the rule of continuity.

However, surprisingly, the data seems to suggest that the overall gains could potentially be higher under a Biden presidency. Despite Republicans reputation as the more business-friendly party, market gains historically have consistently been higher (on average) under Democratic administrations than Republican ones.

Financial stocks in particular might rise after a Trump victory. President Trump, in some cases with bipartisan support, scaled back some of the regulations of the Dodd-Frank Wall Street Reform and Consumer Protection Act and has signaled an openness to continuing to remove regulations in the financial sector. Energy stocks are also likely to do better under a second term of the Trump presidency as Trump continues to reduce regulations on fossil fuel production.

Trump has defied conventional wisdom in many arenas, and indeed the market gains during his first term have been far from typical. Average price gains for the S&P 500 in 2017 and 2019 (years 1 & 3 of the Trump presidency) were well above historical averages while 2018 and 2020 to date have fallen below the averages.

What Changes If Biden Wins the White House?

Whenever a new party takes power, it appears that market gains the first year tend to be more muted so if history is a guide, we can perhaps expect a smaller gain the first year of Biden’s presidency. Nonetheless, if Americans elect Democrat Joe Biden as our next president and historic patterns hold, the markets may rise at a greater pace over his four-year term than under a Republican president.

This may seem counterintuitive – Biden plans to raise taxes on corporations and the rich, which cuts into corporate profits and possibly spending by those paying higher tax rates. Increased taxes perhaps allow for increased spending (or investments) in certain sectors like healthcare and infrastructure, which may be helping to offset some of the impact of higher taxes. Democrat administrations generally increase taxes but also increase spending.

Biden has promised a significantly more robust fiscal stimulus plan than Trump has to date. The exact size of the stimulus Biden is able to pass will depend on control of Congress. If Democrats manage to hold onto the House of Representatives and flip the Senate, we can expect higher spending. Just like lower taxes, higher spending stimulates the economy and market for different, but similar, reasons that there is more money available to be allocated.

Clean energy stocks could do relatively better under a Biden presidency as renewable energy becomes a greater priority. Utilities and real estate firms did not see as much benefit from Trump’s 2017 tax bill and would be less impacted from the top corporate tax rate increasing to 28% under Biden’s plan. Infrastructure investment has bipartisan support and a large bill could rally industrial and material company stocks. Healthcare may also be poised to rise under a Biden expansion of the Affordable Care Act, although the details of the eventual bill itself will ultimately determine which stocks gain the most.

2020 has been a unique year in modern American history. A global pandemic, increasing partisan polarization, social unrest, and several natural disasters have made 2020 a year to remember. An expected record number of mail-in ballots mean we might not know who won the Electoral College until several weeks after Election Day. However, come January 20, the next president will be sworn in and life will go on and markets will adjust either way.

In Sir John Templeton’s wise words: “The four most dangerous words in investing are: this time it's different.” Investing is a long-term game. While it’s tempting to focus closely on the presidential election, doing so can mean you’ll miss the forest (larger market trends) for the trees (the politician du jour). Investors making smart decision can continue to make long-term financial gains regardless of whether the market is rising or falling or who controls the presidency.

Investing for the long term requires a comprehensive understanding of the risk and likely return of potential investments and how those investments correlate to your situation and objectives. Talk to a trusted advisor to make sure that your investments are the right choice for you. A good advisor will keep abreast of potential implications of the election cycle and the political winds on your portfolio so that you can focus on what matters most to you.

Schedule a call for your
free investment review.
Get Free Investment Review

Understanding Social Security and When to Take Your Benefits

For more on how Financial Advisors like our team at Ridgewood Investments are positioning their clients for success, check out my article: "How Great Advisors Are Positioning Clients to Survive and Thrive Through this Crisis". 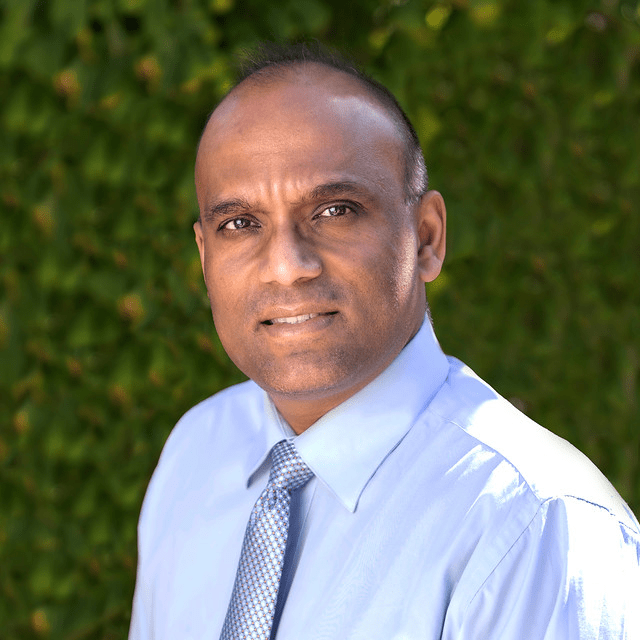